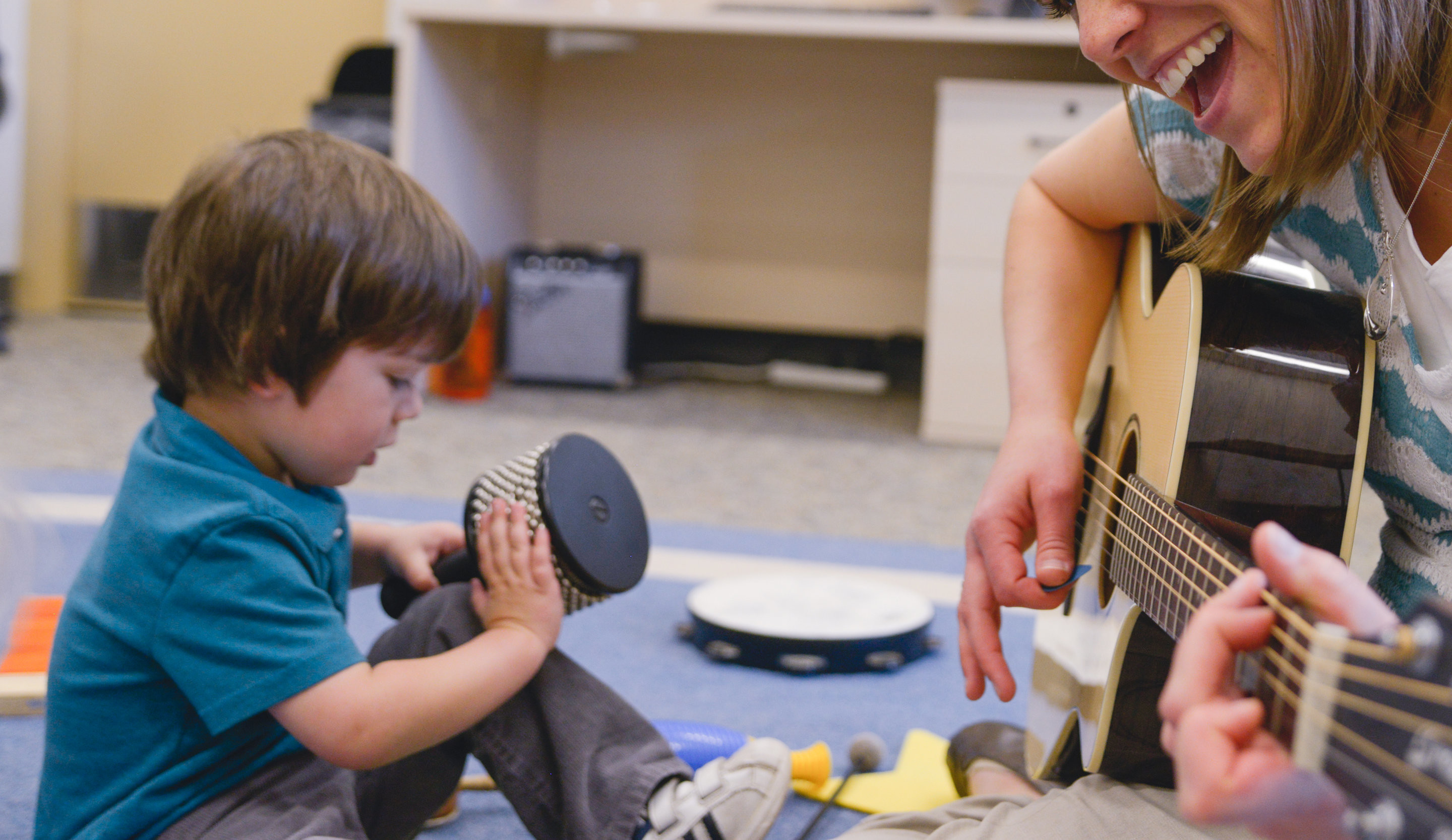 In music therapy we were able to celebrate and maximize what this boy COULD do rather than focus on his disabilities. During music therapy he connected with his peers and showcased more of his true self.

The director of an early intervention program approached me about adding an additional student to our music therapy group. The boy had multiple disabilities, a seizure disorder, partial blindness, and had been isolated from his peers because of his inability to “function” at the same level. However, with the knowledge that music can reach ALL individuals, I was happy to have him join our class.

As I sang the “Hello Song” and positioned the guitar next to him, his mom guided his hands to reach out and strum along. At first he just listened, but after a few strums with help from his mom, he reached out to strum without help. He smiled as I sang his name and he knew that his being there mattered.

Though the young boy could not speak, he imitated what the music therapist sang. As the class made animal noises to Old McDonald, he sang on pitch alongside music therapist.

I gave him a xylophone and he reached out to explore. Loud, soft, fast, slow. His face lit up as he heard me respond to his playing. I heard his voice. I was listening. He was being heard.

In music therapy we were able to celebrate and maximize what this boy COULD do rather than focus on his disabilities. He connected with his peers and showcased more of his true self.

In a very tangible way, music therapy gives individuals with special needs an opportunity to be seen, heard, and recognized for their unique strengths, and for what they are most certainly able to give.

2 replies on “Music Therapy in Early Intervention: Case Study with a 2 Year old Boy with Seizures”