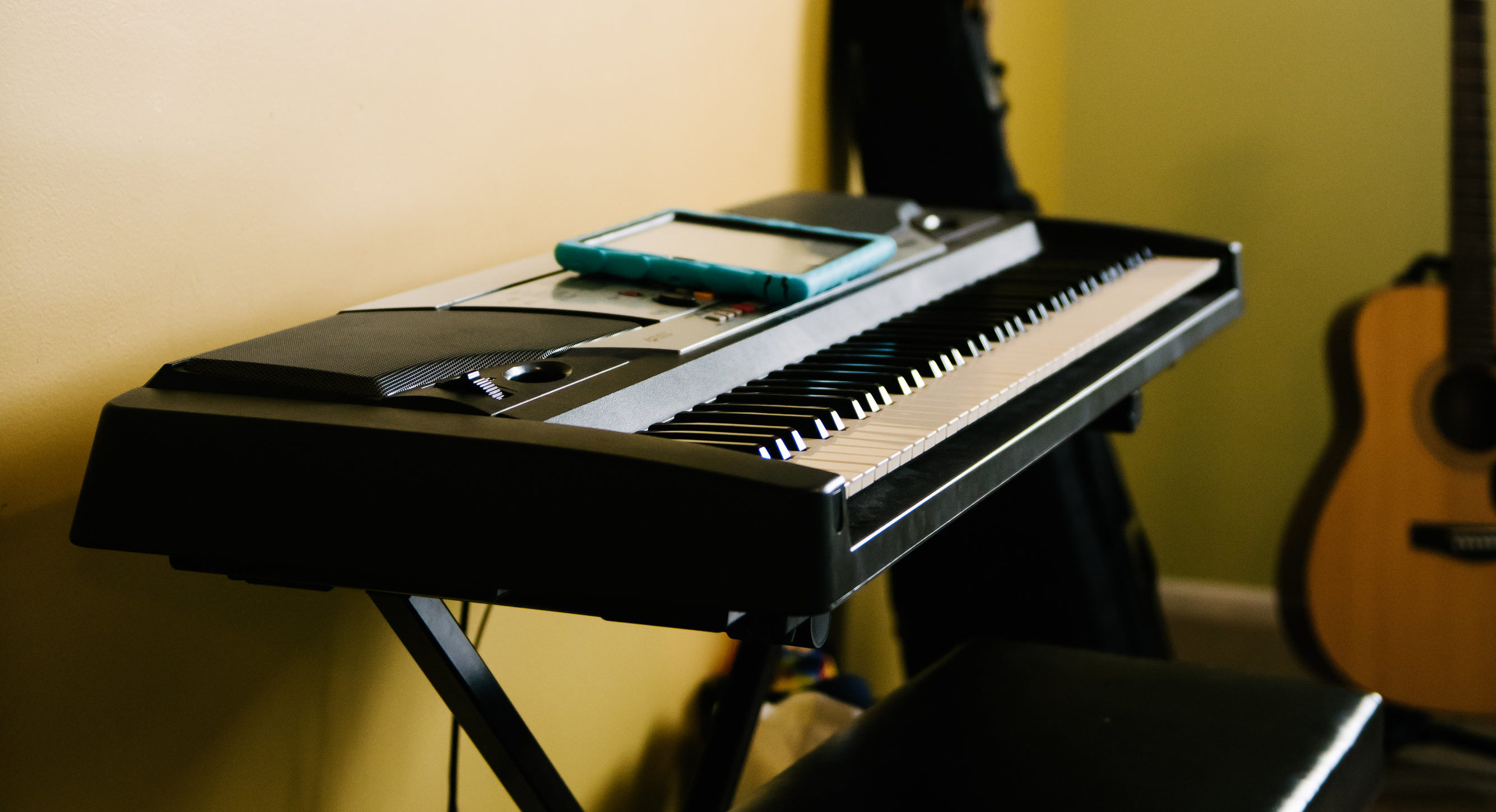 Our Music Therapists have meaningful experiences every day when working with their clients. We’ve decided to share a few of those experiences to help paint a picture of music therapy.

Making a Lasting Impact through Songwriting

I find music therapy rewarding for a lot of different reasons. Probably the most rewarding one is when I get to see that I’ve been a real, hopeful part of my client’s journey to wellness, when they’ve shown me or told me that an intervention I’ve done, a song I’ve written, or a discussion I’ve facilitated through the music has helped them in some lasting way. I’ve had clients come up to me on multiple occasions and tell me that they’ve kept my original song lyrics because they’ve given them hope, a reminder that they haven’t failed and can still move forward.
Earlier this year, I wrote a song with a patient, helping her to express her struggles, fears, goals, and hopes surrounding her visit to the hospital. Not only could I tell that it meant a lot to her in the moment, but when she returned to the hospital about a month later, she asked if we could sing her song again and if we could share it with the other patients on her unit. I got to see her share everything that went into her song with her peers, and see that empathy, support, and connection happen between them as well.
I feel honored to help facilitate these kinds of connections through music therapy – where patients who sometimes have difficulty orienting to reality, finding hope, or extracting themselves from their anxiety find themselves able to be in the present moment through active music making, form connections between themselves and their peers in a shared musical experience, and allow themselves to express themselves honestly in a safe, emotional way.
–Monica Moser, SCMT, MT-BC

Opening up Through Song Sharing with Adolescent Girls

With a group of adolescent girls, I proposed the idea of doing a song communication where each resident shares a song that expresses something about herself. We spent 3-4 weeks trying to get through everyone, and it was a fantastic experience.

Each resident shared a song and talked about why she chose it, then we opened up a discussion with the rest of the group on their reactions to the song. Some of the comments as we processed were very insightful and vulnerable, such as opening up about addiction or relationships, talking about wanting to turn their lives around, and so forth.

On our last week together, I asked what their favorite part of music therapy was, and on every unit, there were multiple comments stating that they loved sharing their music, and that it helped them understand each other more.

Songwriting with GarageBand with Adolescents with Autism

I worked with two units of boys who were on the autism spectrum, and one of their favorite experiences was group songwriting. We worked with GarageBand over a few weeks, putting together a soundscape they wanted, and we worked together to write lyrics that were treatment-oriented. We unfortunately ran out of time before we were able to record their songs, but the process of writing was something they were excited about, and they loved the sound/beat they put together.